It’s like the McCarthy era for wood and guitars. This is from Fox News.

Could federal law be cited to confiscate the instruments of American artists traveling abroad for the summer concert season?

If so, federal law is going to need a little tweaking, Sen. Lamar Alexander said.

“I don’t want the musicians from Nashville who are flying to Canada to perform this summer to worry about the government seizing their guitars,” Alexander, R-Tenn., said Friday in a statement released by his office. 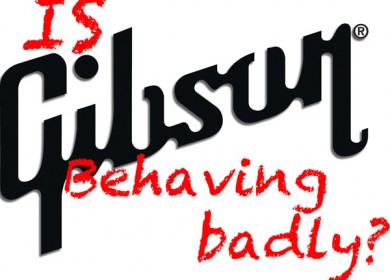 Why seize guitars? Because many of those instruments are made from exotic woods that were outlawed by a 2008 amendment to the Lacey Act, an amendment Alexander himself wrote. In 2008, Alexander and fellow Sen. Ron Wyden, D-Wash., moved to protect the American forest products industry by adding wood to the century-old Lacey Act – which was passed to protect endangered birds, whose feathers were prized for ladies’ hats.

American timber companies were being unfairly undercut by foreign sources of wood, many of which were illegally logged. Environmental groups also supported the amendment for curbing illegal logging in rainforests by imposing criminal penalties for trading in endangered species of wood.

After pointed questions from Rep. Marsha Blackburn, R-Tenn., and other lawmakers, the U.S. Department of Justice and the Fish and Wildlife Service sent a letter assuring musicians that they would not be targeted for “unknowingly” possessing instruments that were manufactured from illegal wood. But Alexander wants to make clear that the Lacey Act “was not intended to seize instruments made of wood harvested before 2008.” He said he and Wyden plan to write a letter to the federal agencies to clarify that point.

Alexander said he hoped to reduce “confusion, uncertainty and paperwork for wood importers and musical instrument manufacturers through administrative regulation.” Failing that, he promised he and Wyden would move to amend the Lacey Act.

Without indicating how he felt about Gibson’s guilt or innocence regarding the 2009 and 2011 seizures, Alexander dipped a toe in that water, saying, “We held this roundtable because instrument makers like Gibson Guitars in Tennessee are an important part of our music industry. And if the Lacey Act as written is keeping them from being able to get the wood they need to make instruments, we need to make every effort to fix the regulation.”

That has to be music to Gibson’s ears, which has had to switch to alternative woods, even composite materials, because they have been unable to import Indian ebony and rosewood since last year’s raid. Buyers of their expensive, high-end products are picky about the type of wood that is used in a Gibson guitar. Gibson is concerned it may lose market share to other manufacturers if it can’t resupply with Indian woods.

The acknowledgement that the Lacey Act may need “fixing” is a significant development in the dispute surrounding Gibson, exotic woods and the musical instrument industry.  And months after the raid against Gibson, there is still no word from the Justice Department whether the company will even face charges. 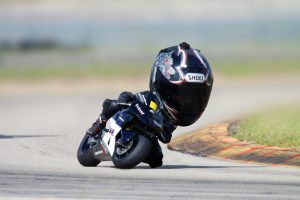